Hmmm...okay...I will wait for another letter then I will make my decision...InsyaAllah...

Later peeps!!
Posted by Ida Zaini at 8:44 PM No comments: 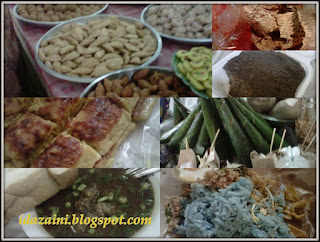 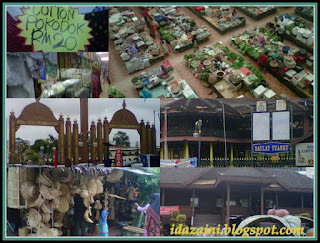 Welcoming a new member to the family

I am adoring 2012! It's because it began with welcoming a "new" member to the family...Alhamdulillah...
﻿

So for Camry hmm...Mr. H said naturally, its was love at the first sight.  Plat WWE tapi number sama dengan his sister ( my car).  So yeah … he’s totally in love with his new wife car. Not sure what to name it just yet any suggestions? :P

Why can’t you be happy for other people's success?

I try to sleep but I can't. It's 1.30 at morning already…so I decided to share with you good article I found selfguide.co.uk.

Why can’t you be happy for other people's success?

We are living in a material world today and it’s a shame to recognise that people are jealous of others’ success. If you see that somebody else is getting ahead of you, your heart aches. It doesn’t really matter whether it’s a close friend/relative who’s succeeding or it’s just somebody you work with or know. At the end of the day, the feeling of jealousy should not really be there. If you think about it carefully, you’ll see that there shouldn’t be any reasons why you should feel jealous if someone you know is having some good luck and making some progress in life.

Many times people get this little pinch in the heart when hearing about the success of even somebody less wealthy than themselves. Your ego doesn’t want anybody else to get ahead of you. You don’t want to be left behind and you always want to be ahead in the game. This is how the ego thinks because it knows no better. How can you be jealous of someone who has less than you? You can’t as it doesn’t make sense but why should you be jealous if somebody else is succeeding and you’re not? Of course, there’s this feeling of jealousy because you don’t want anybody else’s success but your own, there’s also this feeling of anger because you can’t see why someone else deserves success while you don’t, there’s the feeling of frustration because you think everything you’re doing is not being rewarded.

Let’s just say that one Wednesday evening while watching TV, you hear the phone ring and when you answer it, you find that it’s your best friend who’s calling. He couldn’t wait to share his happiness with you because he’s got a promotion. Now you’re going really good for yourself because you’re earning £80,000 a year and your friend who’s on the line gets around £18,000 a year in contrast. But as soon as you hear that he’s got a promotion, your heart sinks because the feeling of jealousy rushes through your veins. You’re afraid that he’ll be getting more money than you, you’re afraid he’s going to get a better position than you. You’re feeling sorry for yourself rather than being happy for your friend until he tells you that he’s getting £2000 more a year and that’s really going to make a difference in his life since he was struggling financially. He was so happy about the whole thing that he couldn’t wait to tell you because you’re his best friend after all. Of course you’re now relieved because you’ve found that the success is not a menace to you. You’re still above him, you’re still in a better financial position and can look down on him. But wait, there’s also this feeling of regret that surrounds you now because you’re thinking that you must really be sick to be jealous of somebody so close and who cares about you and who deserves a lot more than what they’re getting.

Ego is the root of all evil – agree with ego and you shall never be happy. You cannot live like this. You need to change the way you think. You should be happy of other people’s success even if you’re not getting any success yourself. This is because when you share the happiness of other people, you create positibe vibes for others and yourself and that’s how success eventually finds its way to you.

Labels: from other blog, thought

Weeehoo...still not too late to wish you all Happy New Year...I sincerely hope year 2012 will bring us happiness, strength, love, good health and many more. 2011 has been a very good year for me and my family and I feel extremely blessed... Alhamdulillah but 2012 looks even better InsyaAllah